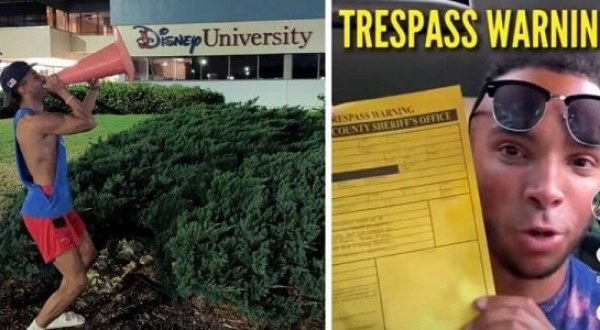 Controversial TikTok star Jason Jeter said he has been permanently banned from Disney World for trespassing.

The social media influencer, known for posting controversial TikTok videos about Disney World said in a new video that Disney security circled his car while he was parked outside the Grand Floridian Resort & Spa.

Jeter who goes by the usernames Jete and @showmelovejete online, claims he was a former employee of the iconic theme park but was fired in March after posting TikTok videos of himself drinking from decorative fountains and entering a closed Disney wedding venue.

“The worst happened,” Jeter said in his video. “As soon as I get out of the car, Orange County Police Department pulls up. [They said] ‘Hi, Jason Jeter, we have a trespass warning for you from Disney. You’re no longer allowed on the property.’”