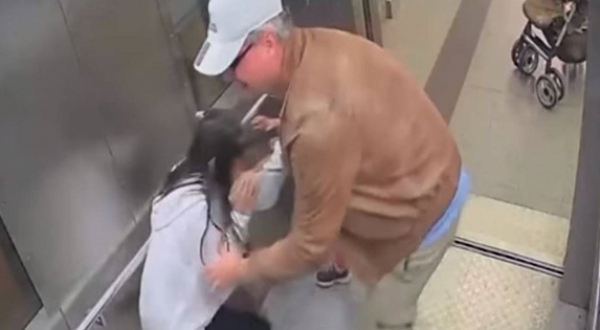 Australian police department employee has been found guilty of indecently assaulting a 13-year-old girl in a Sydney train lift.

A new disturbing video released as part of the case shows the moment the Police employee cornered the teenager inside the elevator and groped her as she struggled to run away.

Glenn Roche, 54, assaulted the girl at Cabramatta in July 2019 after a day spent sightseeing with her family. He was found guilty of indecent assault this week, the New Zealand Herald reported.

The footage posted by TVNZ-TV shows Roche appeared to be playfully chasing the girl, but in a dramatic turn, he grabbed,  fondled her and tried to kiss her while the girl tried to wrestle free. She finally managed to escape, ran to her mum and told her what happened.

The girl told the court that what the man did to her was more than an unwanted kiss and she feared him. She told authorities that she still suffers nightmares from the harrowing July 2019 assault, according to the Herald.

The little girl explained that as she cowered under Roche he squeezed her breast twice.

But in an interview with police, Roche said “my hand slid across there” but claimed there was no sexual intent. “My hands have slid up her body as she slid to the ground,” the sicko told police. “My mind has gone off on a tangent like this is a challenge to me. I can get her and give her a kiss on the cheek like her two sisters and mum.”

“She contributed to that occurring by releasing her body weight and sliding through my hands,” he said, blaming his tiny victim.

Police said Roche had been out with the girl’s mom and siblings. It is unclear what his relationship to the girl and her family was.

Roche’s statement did not make any sense to the judge. Roche was found guilty as accused.

He was also suspended from the police department, where he worked as a civilian employee, according to the reports.

Watch the video below