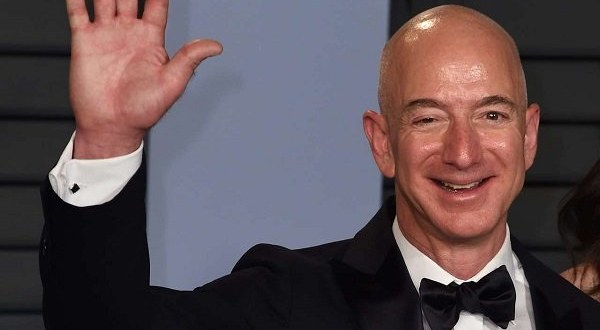 Bezos, who first announced in February he’s stepping down as the CEO of the e-commerce giant he founded 27 years ago, will retire on Monday with a staggering $201 billion fortune according to Forbes real time net worth – that is 754,504 times the median net worth of an average American retiring at about 65.

He is more than twice as wealthy as the entire British monarchy, which is worth an estimated $88 billion as of 2017.

“The world wants you to be typical. Don’t let it happen.” Bezos wrote in his last letter to shareholders in April as an outgoing CEO of Amazon.

The median net worth of average American retiring at about 65, is $266,400, according to Business Insider, citing data from the Federal Reserve.

Bezos’ fortune ballooned over the past year as online sales surged at the peak of the pandemic, sending Amazon.com shares higher. Amazon was reportedly generating $10,000 per second in online sales at a point last year. The company recorded total sales of $75.4 billion in the first quarter of 2020.

Bezos will be replaced by Andy Jassy who currently oversees Amazon Web Services, the company’s cloud platform. “Andy is well known inside the company and has been at Amazon almost as long as I have,” Bezos said. “He will be an outstanding leader, and he has my full confidence,” he added.

July is a significant month for Bezos who is planning to fly to space July 20 with his brother Mark from his rocket company Blue Origin spacecraft. And July 5 is a memorable date for the billionaire, given that Amazon was founded on the same date in 1994.