We want to connect the people who have knowledge to the people who need it, to bring together people with different perspectives so they can understand each other better, and to empower everyone to share their knowledge.

Create A New Account
Home/Economy/Pennsylvania legalizes delivery robots that weigh up to 550 pounds, classifies them as pedestrians
Share to friends
37
37
Shares

Pennsylvania has legalized autonomous delivery robots that roam sidewalks to deliver goods same-day from business-to-business or from point of sale to the buyer.

The use of delivery robots which can weigh up 550 pounds, was legalized after the bill was approved 105-97 last month, making Pennsylvania the twelfth U.S state permitted to use autonomous devices for deliveries.

The approval means that the robots, also called Personal Delivery Devices (PDD), are now classified as pedestrians so long as they can yield the right-of-way to real human pedestrians and cyclists.

Bills regulating autonomous delivery robots have largely been pushed by delivery companies like Amazon and FedEx, according to WIRED magazine. Those who oppose it are mainly pedestrians, accessibility advocates, as well as labor unions like the Teamsters, according to reports.

The new Pennsylvania law allowing PDD’s, is arguably one of the least restrictive of any state outside of Florida, which is one of the least pedestrian friendly states in the United States. Pennsylvania Senate Bill 1199 allows PDD to weigh up to 550 pounds. Washington state has a weight limit of 120 pounds for comparison. SB 1199 speed limit, on the sidewalk, is 12 mph. Only Florida speed limit is faster, where municipalities can only institute a 15 mph speed limit.

“They are going to be on sidewalks with 12 mph. That is extremely fast,” says Eric Boerer, a member of bike-pedestrian advocacy group in Pittsburgh. Like many others, Boerer does not believe it is proper to legalize PDD’s, considering the average walking speed for pedestrians is only about 3 or 4 mph.

“And in a city like Pittsburgh we have narrow sidewalks”, Boerer said. “Some of these things can be the size of a refrigerator. How are we going to get around that?”, he asked.

When they are not on sidewalks, delivery robots can travel on roadways at a speed of 25 mph, which is faster than the typical speed of a cyclist.

The SB 1199 lacks a mechanism to allow local municipalities to write local regulations around PDDs, Boerer argues, stating that he can go on and on listing the problems.

“[It’s] such a shame there is no local municipal input,” he said.

The Director of Pittsburgh Department of Mobility, Karina Ricks said in response; “In light of the general local preemption of the act, we are working to assert some level of local control nonetheless.” 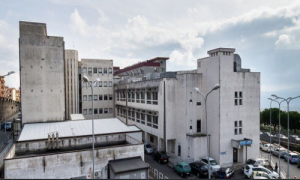 Italy places public employees under investigation after a 67-year-old who ... 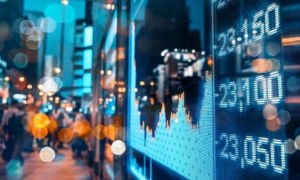 Bank of America recommends you should buy these 8 stocks ...

What's on your mind?