Create A New Post
Home/ Questions/Q 6806
Next
In Process 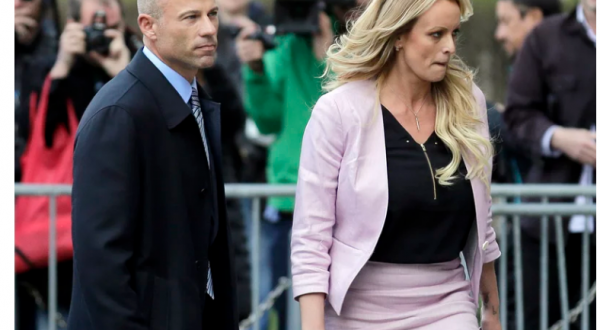 A federal jury convicted 51-year-old Avenatti in February of wire fraud and aggravated identity theft after a two-week trial, agreeing with prosecutors that he embezzled nearly $300,000 in book proceeds intended for Stormy Daniels.

The legal turmoil is a dramatic turn for Avenatti, who rose to fame representing Daniels as she went public with allegations that she received a $130,000 payment just before the 2016 presidential election to silence her allegations of an affair with then-candidate Donald Trump. Trump has denied the affair.

On the heels of the publicity over the hush-money scandal, Avenatti helped Daniels ink a $800,000 book deal. Prosecutors said Avenatti stole nearly $300,000 of the advance by fabricating a letter purportedly from Daniels redirecting payments from the book publisher to an account under Avenatti’s control.

At trial, Avenatti represented himself and fired his court-appointed attorneys mid-trial. He did not testify or call any witnesses in his defense.

Wearing a beige prison outfit, the disgraced lawyer became emotional when he addressed the judge during sentencing.

“I have destroyed my career, my relationships and my reputation and have done collateral damage to my family and my life,” he said while fighting back tears. Avenatti argued that for most of his career he had fought for the underdog.

“There is no doubt I made a series of mistakes and exercised poor judgment,” Avenatti said. – CNN

Avenatti is currently serving  2 1/2 years prison for attempting to extort over $20 million from Nike by threatening to go public with damaging information unless they paid him. He goes on trial next month in California on charges alleging that he embezzled $10 million in settlement funds from at least five clients. He has also been charged with tax fraud and bankruptcy fraud and pleaded not guilty to the charges.

Judge Jesse M. Furman said Thursday’s sentence will mean that Avenatti will spend another 2 1/2 years in prison on top of the 2 1/2 years he is already serving in Nike fraud conviction.

Daniels took delight in the ruling, tweeting, “”See ya there, b—-!… except I’m flying in first class. Buwahaha.”