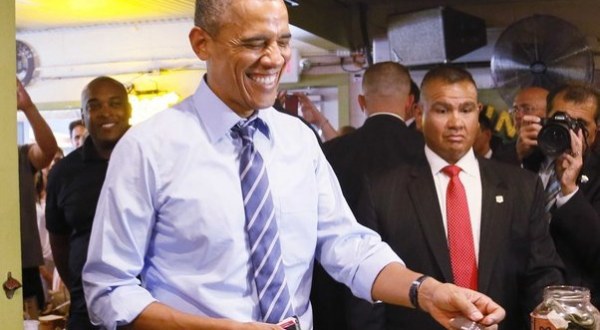 When his credit card was declined while dining, the Ex-President wondered if he had become a victim of identity theft.

“It turned out I guess I don’t use it enough,” President Obama said. “They thought there was some fraud going on.”

Fortunately, he said, First Lady Michelle Obama had a credit card on hand and paid for the meal.

Millions of Americans have been affected by identity theft, including high-profile security breaches at retailers like, Walmart, Target and Home Depot.

“I was trying to explain to the waitress, you know, I really think that I’ve been paying my bills,” President Obama said. “Even I’m affected by this.”